Nestling below the Downs at the west end of Eastbourne seafront and a mile and a half south-west of the pier, The Helen Garden (BN20 7XL) overlooks the sea where King Edward’s Parade meets Duke’s Drive.

Over the years, the land has passed through the hands of several private owners including The Duke of Devonshire, the Grand Hotel and finally Mrs. Helen Reid Stewart Hornby Lewis after whom the garden is named.  Shortly after her death in 1930 the land was conveyed to the council, landscaped and opened to the public in 1935.

Broad lawns sloping gently seawards give magnificent views over the sea and towards Eastbourne pier.  There is an excellent show of spring daffodils and plenty of seating.  There is a children’s playground, a Pétanque court and an 18 hole putting course. In the summer months equipment can be hired from the kiosk which also serves hot and cold drinks, ice cream and light refreshments. 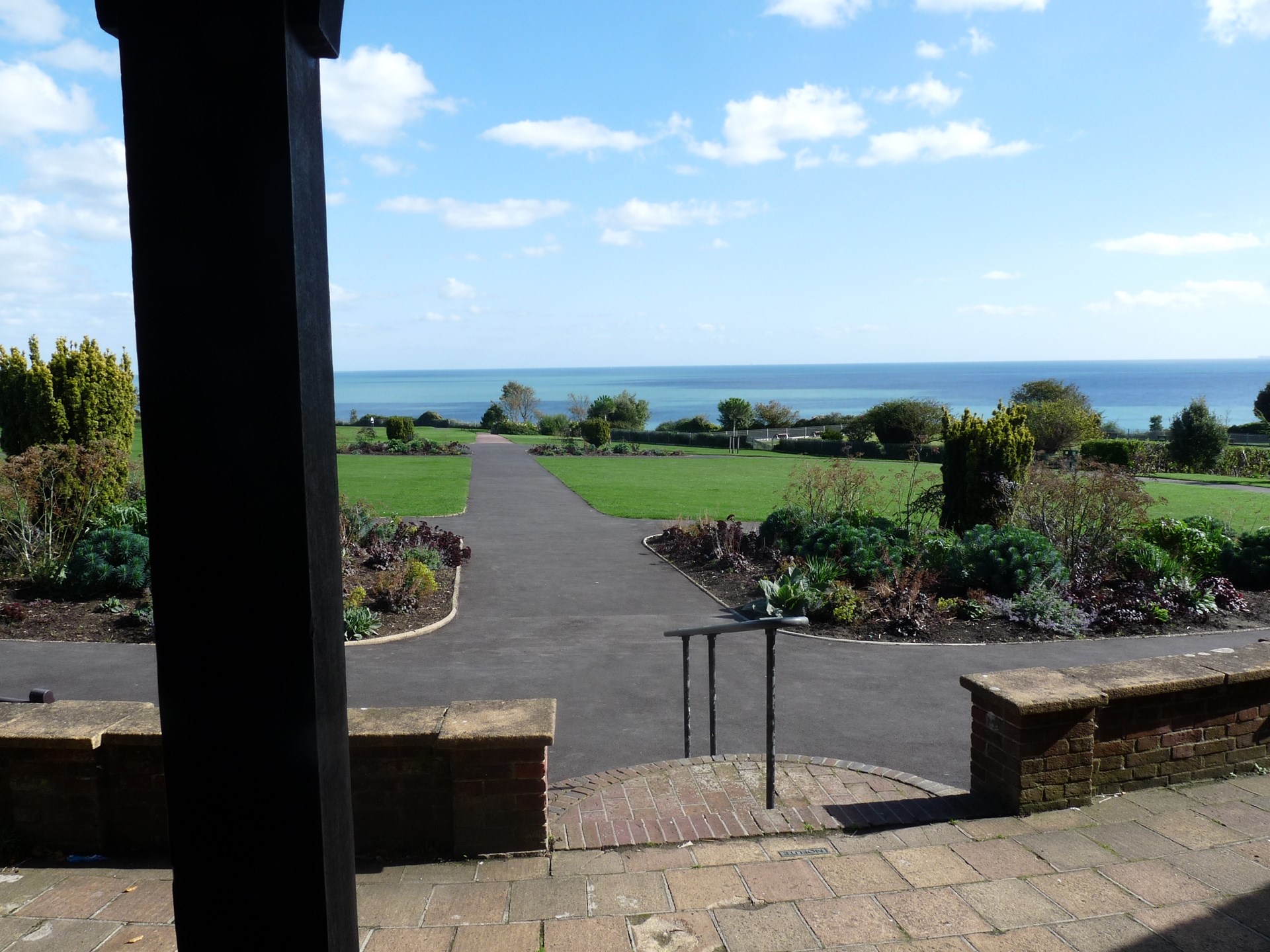 The Italian Gardens (BN20 7XB) are tucked away in a sheltered location below The Helen Garden.

The garden was created in the early twentieth century when an old chalk quarry was landscaped. In 1922 they were redesigned in the Italianate style at a cost of £400 by unemployed men returning from the First World War and the structures they built remain today. They include two pergolas and a larger sheltered platform with a wonderful view of the sea.  Another building once housed the terminal equipment controlling the transmissions of the Holywell-Dieppe underwater telegraph cable. There is also a treetop walk above the gardens with views across to the pier.

When the Friends was formed, these gardens had fallen into a state of neglect and in 2018 the sheltered platform was seriously damaged by vandals. The Friends stepped up their lobbying of the Council and in 2019 all the structures were repaired. Again in response to requests from the Friends, some of the encroaching undergrowth and self-seeded trees were cut back making the gardens more visible to passers-by and less vulnerable to anti-social behaviour. The third stage of the rennovation project, the planting of climbers on the structures planned for 2020 has had to be delayed and will now take place in 2021.

There is seating around a central lawn and the gardens are a natural sun-trap, perfect for picnics. Every summer they are made even more magical by the Eastbourne Operatic & Dramatic Society (EODS) with their hugely popular open air performances of one of Shakespeare’s plays. 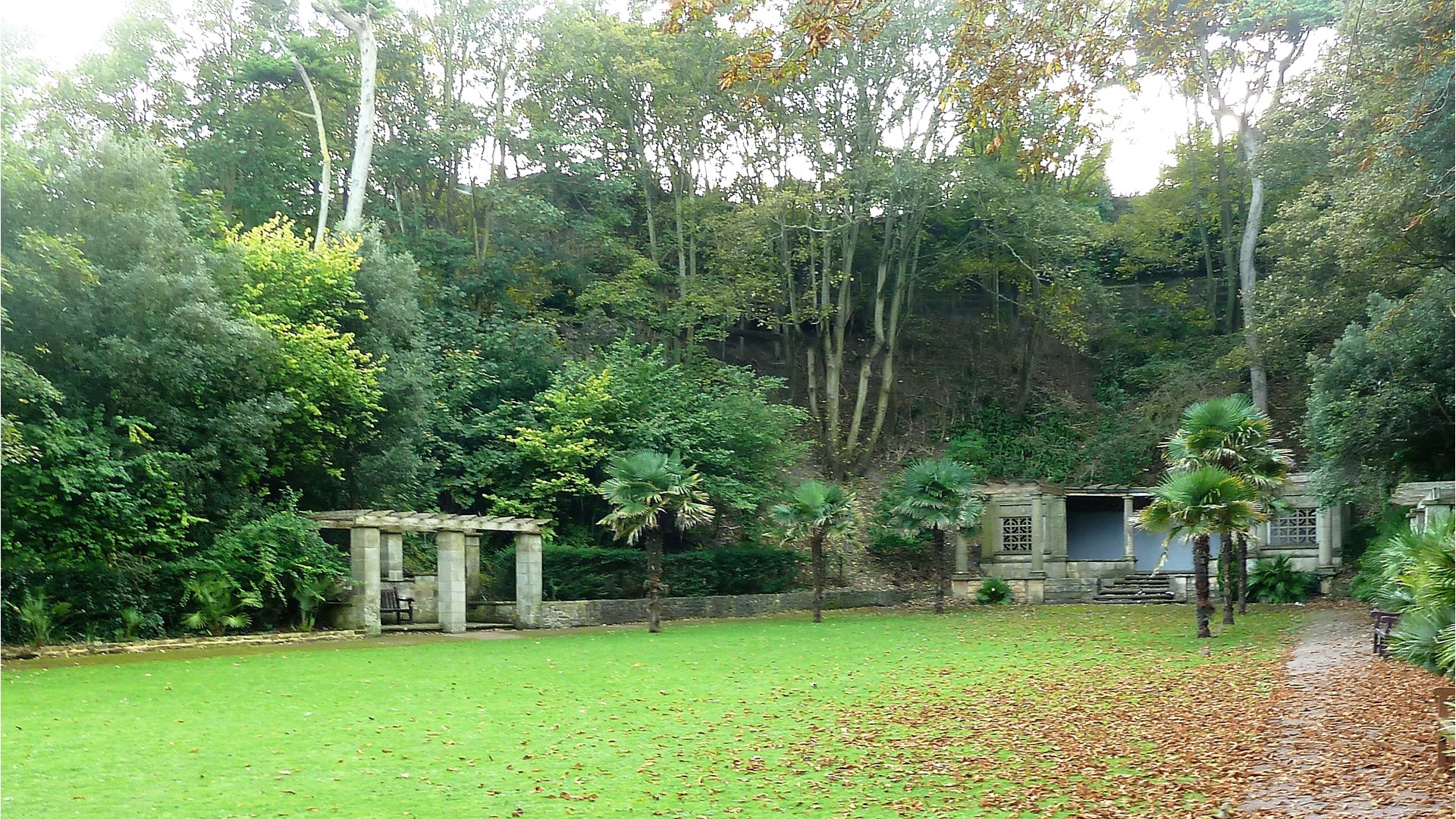 All Saints ParkAll Saints Park (BN20 7GD) is located about a mile and a half south-west of Eastbourne pier between King Edward’s Parade and Darley Road.

Formerly part of the grounds surrounding All Saints Convalescent Hospital built between 1867 and 1869, the buildings were redeveloped as luxury flats in 2009 with some land being set aside to create a new public park.

Lawns are crossed by a network of surfaced paths with several adjacent seats. Numerous trees provide shelter and shade and there are several beds of ornamental perennials.  The stunning neogothic buildings, including the beautiful All Saints Chapel, provide a magnificent backdrop and give the park a true sense of peace and tranquillity.

In 2018 the Friends worked with Eastbourne Borough Council and planted a Physic Garden flowerbed at the Darley Road entrance. All the plants were chosen for their medicinal qualities as an 'homage' to former hospital. 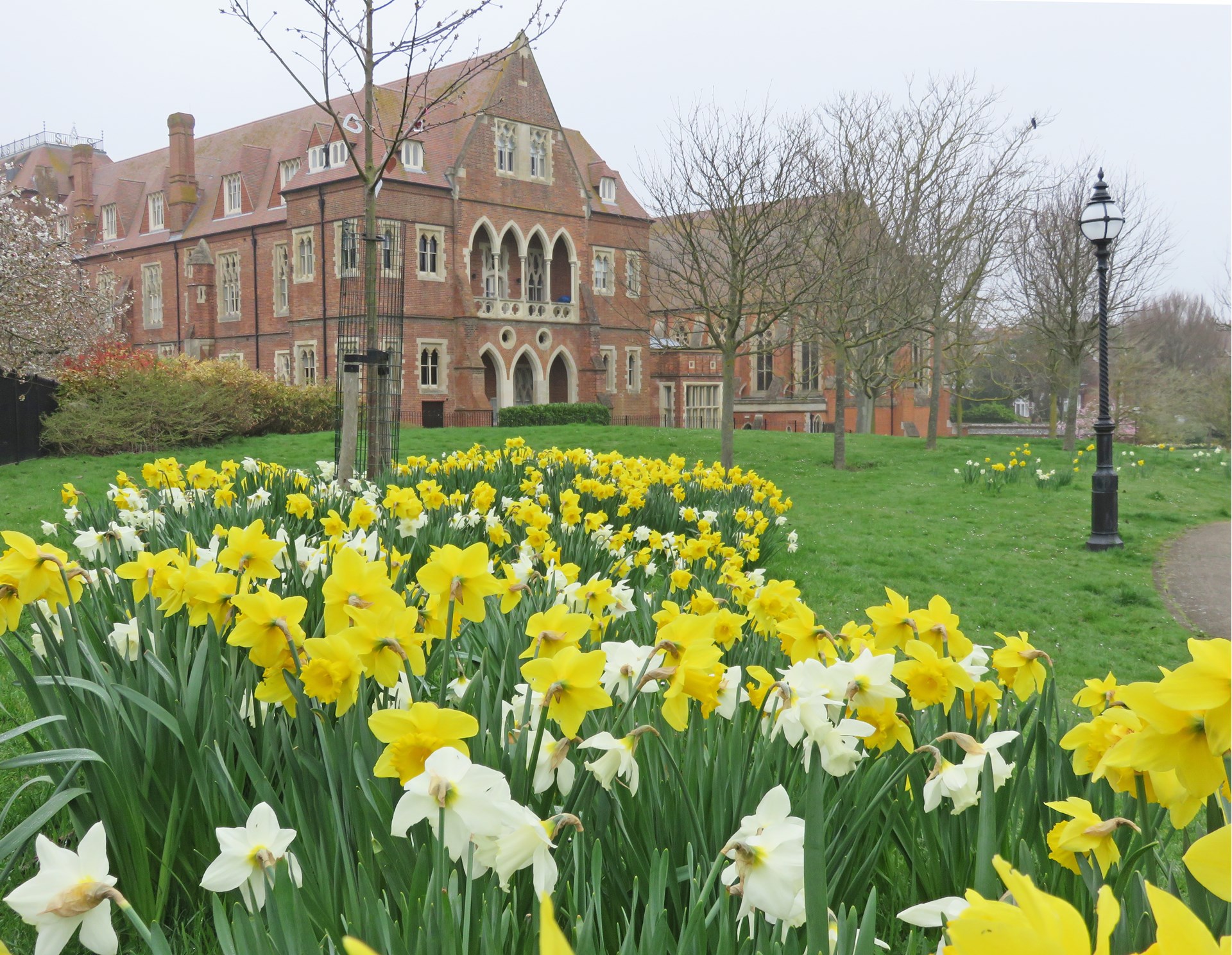 The Peace Garden (BN21 4BY) is located in the dry moat of the Wish Tower between King Edwards Parade and the promenade, on elevated ground overlooking the beach to the southwest of the pier, next to the Western Lawns.

This is the newest of our four parks. The area was originally the grounds of the Wish Tower Cafe and Sun Lounge which was built in 1961 as a memorial to the 180 civilians who lost their lives when the town was heavily bombed in the Second World War. By 2012 it had fallen into disrepair and was demolished by Eastbourne Borough Council. This led to the formation in 2016 of the Eastbourne Civilian War Memorial Trust by a group of residents concerned by the fact that the memorial had been lost. With the approval of Eastbourne Borough Council, the Wish Tower moat was agreed as a suitable site to create a lasting memorial and a public appeal for funding was launched which eventually raised £70,000.

Work on the garden began in 2016. The structure was designed by architect Wendy Thomas and planted by local landscape gardener Andrew Norwood. New flint and brick retaining walls were built and the grass areas and gravel pathways restyled. The original Victorian lampposts were renovated and the seating re-designed. Amid the planting is a steel obelisk in memory of the late Peter Pyemont, one of the trustees, who came up with the idea of a tranquil Peace Garden.

The centrepiece is the memorial itself. This takes the form of a single boulder of Welsh granite weighing eight tonnes. On one side is a steel plaque engraved with the names of the 180 people who died. Close by is an interpretation board explaining Eastbourne's years as the most severely bombed non-military town in the South East.

The garden was formally opened on 1 July 2018 and work on the planting continued until June 2020. The Friends had been in regular contact with the Trust with several members helping with clearing and planting over the years. Knowing that their work was done, the Trust was closed at the end of June and the garden was adopted by EBC as a public park. The funds remaining in the Trust were transferred to the Friends who gave their assurance that the money transferred would be used solely on the maintenance and improvement of the garden. On 1 July 2020 the Peace Garden became its fourth park. 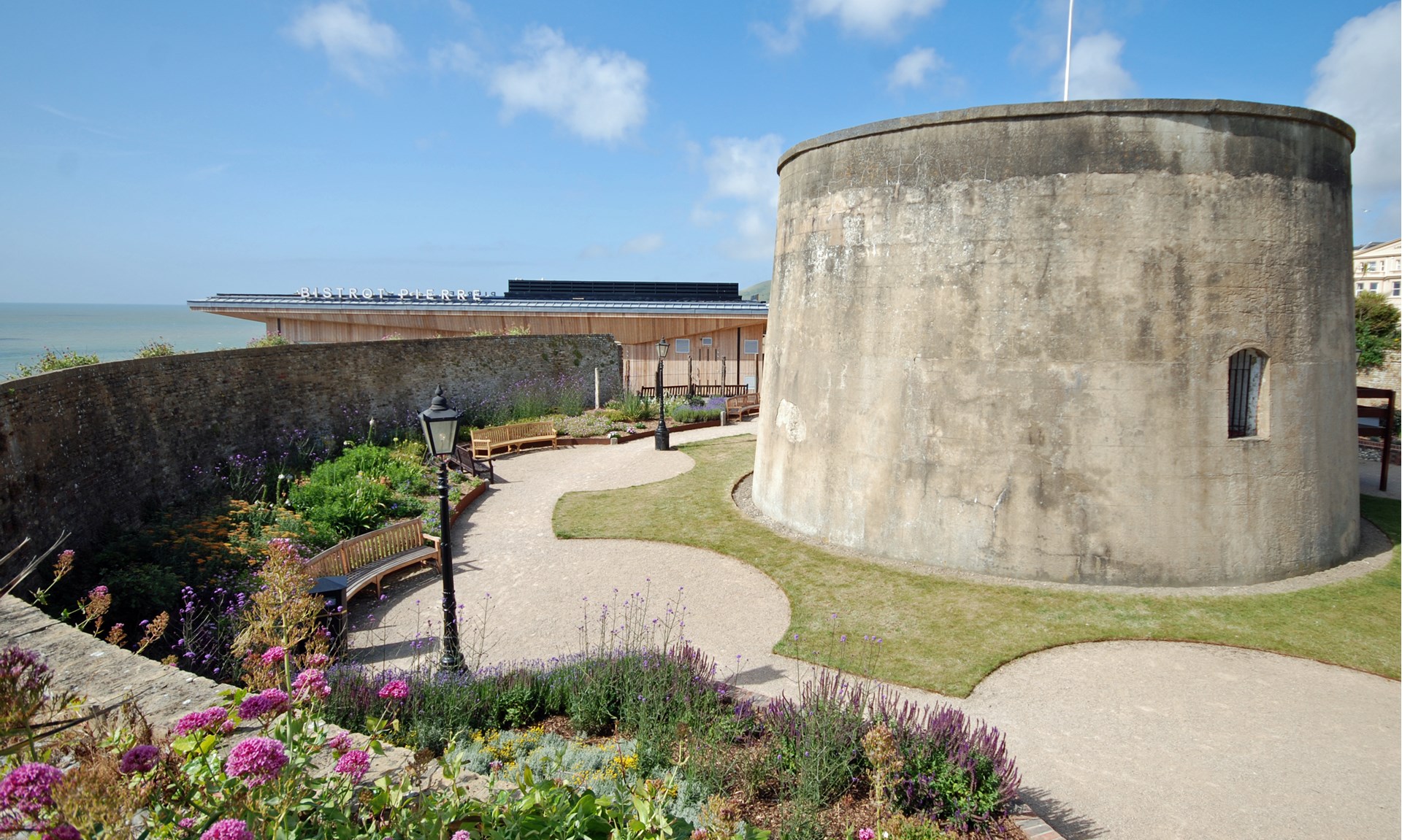